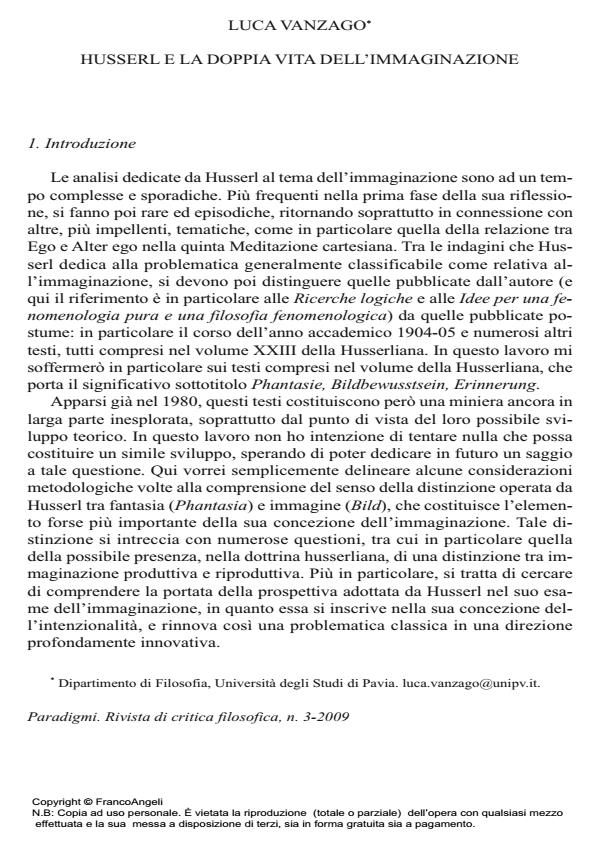 Husserl and the Double Life of Imagination - Husserl’s discussions of imagination are mostly concentrated within a rather short period of time (between 1904 and 1911), after which they dwindle to re-emerge only sporadically. Yet in those few years Husserl elaborated a conception of imagination and of its two different kinds (image-consciousness and phantasy) which seems still largely unstudied. The main aim of this article is to discuss the difference between the two modalities of imagination, as well as the difference between the two of them and perception. Some crucial aspects are here brought to light: a "contrast" between perception and imagination, and the difference in kind between image- consciousness and phantasy. In the first instance, the contrast is of spatial nature. In the second instance, the difference is temporal. The latter theme introduces the great question of the temporal life of transcendental consciousness and of its possible original duality.