The contribution of primatology to anthropology 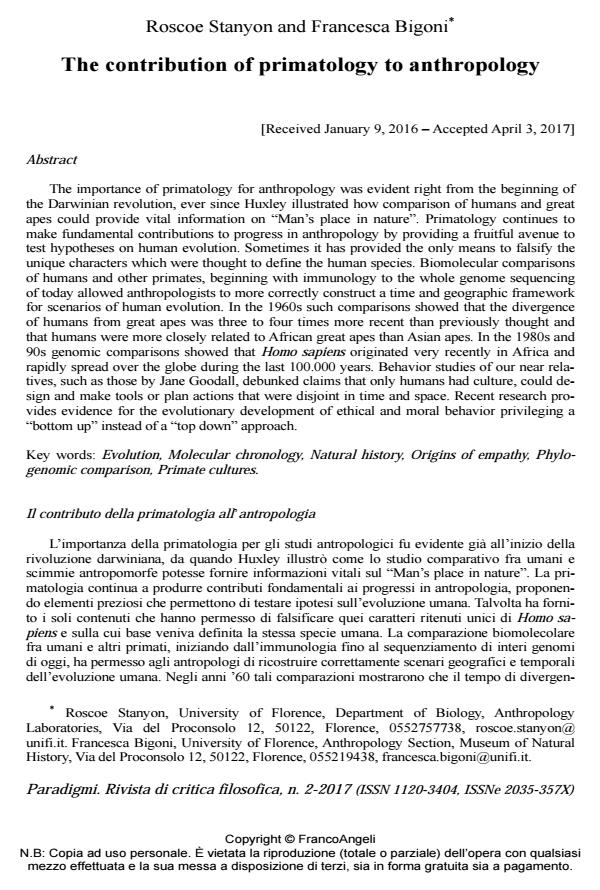 The importance of primatology for anthropology was evident right from the beginning of the Darwinian revolution, ever since Huxley illustrated how comparison of humans and great apes could provide vital information on "Man’s place in nature". Primatology continues to make fundamental contributions to progress in anthropology by providing a fruitful avenue to test hypotheses on human evolution. Sometimes it has provided the only means to falsify the unique characters which were thought to define the human species. Biomolecular comparisons of humans and other primates, beginning with immunology to the whole genome sequencing of today allowed anthropologists to more correctly construct a time and geographic framework for scenarios of human evolution. In the 1960s such comparisons showed that the divergence of humans from great apes was three to four times more recent than previously thought and that humans were more closely related to African great apes than Asian apes. In the 1980s and 90s genomic comparisons showed that Homo sapiens originated very recently in Africa and rapidly spread over the globe during the last 100.000 years. Behavior studies of our near rela-tives, such as those by Jane Goodall, debunked claims that only humans had culture, could design and make tools or plan actions that were disjoint in time and space. Recent research provides evidence for the evolutionary development of ethical and moral behavior privileging a "bottom up" instead of a "top down" approach.