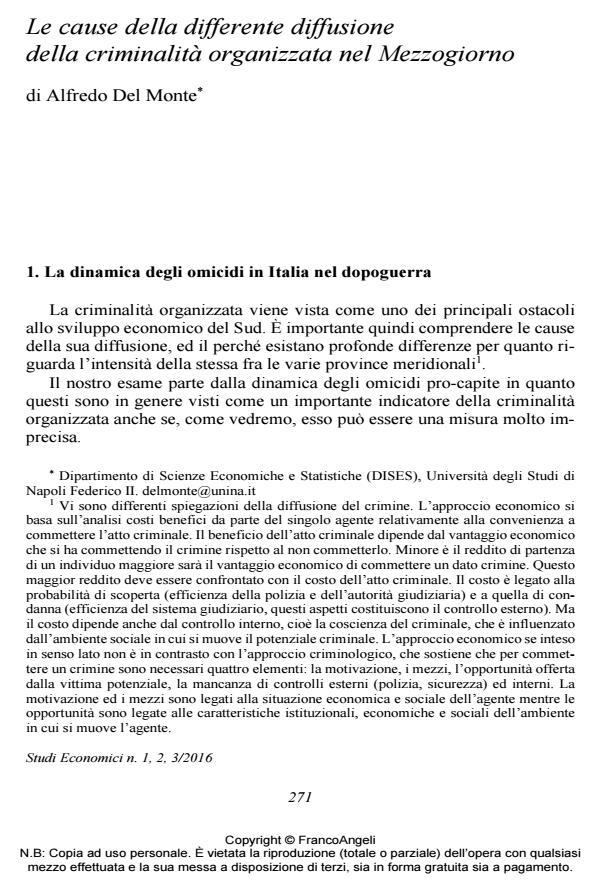 The paper shows that it is possible to distinguish a period from 1950 to early ’70 in which organized crime consolidated in few Southern Italy’s areas (West Sicily, Naples area and Reggio Calabria area), and a period from half ’70 that saw the territorial expansion of organized crime in other areas. The causes of this diffusion were: the development of new illegal markets, as cigarettes smuggling and drugs trafficks, mandatory residence of mafiosi in areas where organized crime was not present, a low deterrence activity and underestimation from public opinion of the gravity of criminal crime, strong political connections. Only in ’90 the deterrence increased quite lot and at least in the Sicilian mafia case efforts have been partially successful. The paper shows also that most of the areas of the diffusion of criminal organization were the wealthy one. In Southern Italy three region Abruzzi, Molise and Sardegna, that were poor regions, have not seen the birth of organized crime. The paper shows that these three regions have also a statistically significant rate of unemployment lower that other South regions.