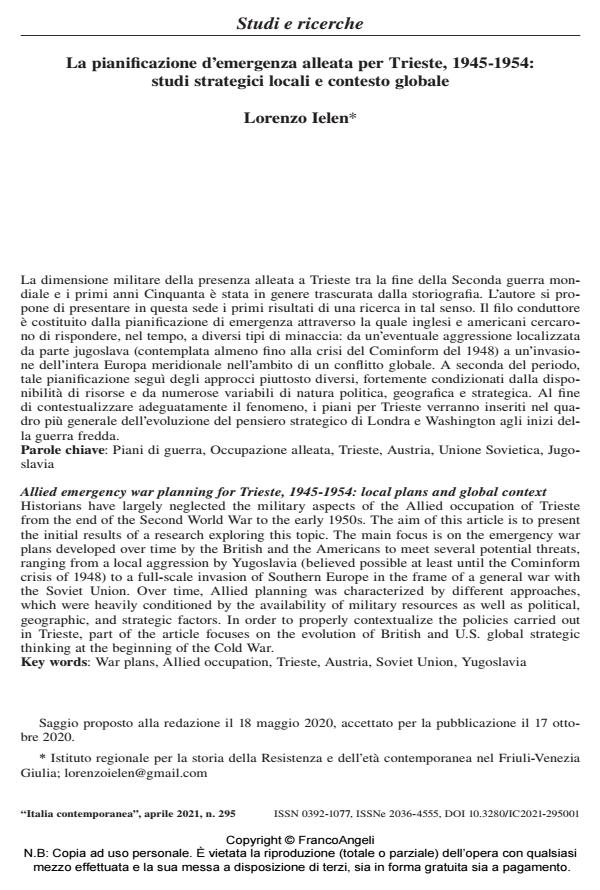 Historians have largely neglected the military aspects of the Allied occupation of Trieste from the end of the Second World War to the early 1950s. The aim of this article is to present the initial results of a research exploring this topic. The main focus is on the emergency war plans developed over time by the British and the Americans to meet several potential threats, ranging from a local aggression by Yugoslavia (believed possible at least until the Cominform crisis of 1948) to a full-scale invasion of Southern Europe in the frame of a general war with the Soviet Union. Over time, Allied planning was characterized by different approaches, which were heavily conditioned by the availability of military resources as well as political, geographic, and strategic factors. In order to properly contextualize the policies carried out in Trieste, part of the article focuses on the evolution of British and U.S. global strategic thinking at the beginning of the Cold War.