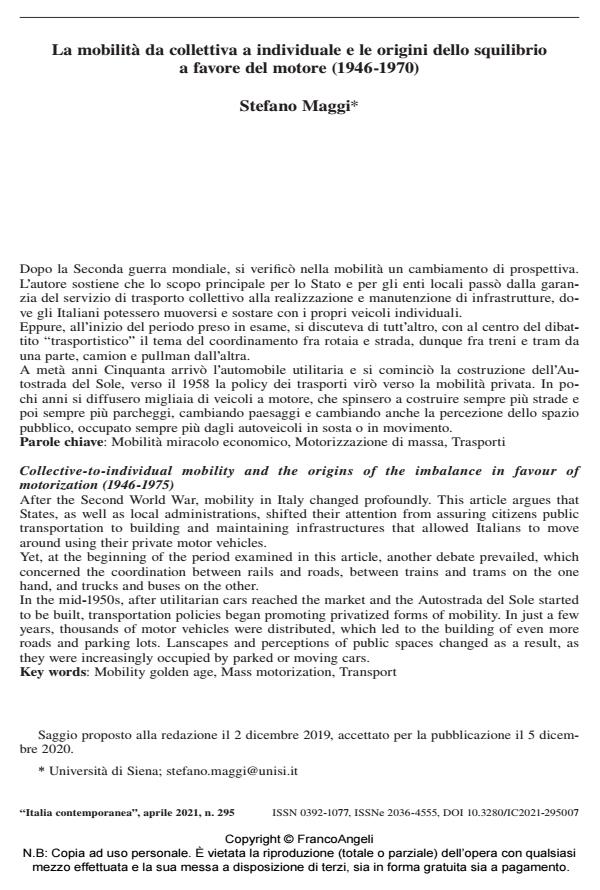 After the Second World War, mobility in Italy changed profoundly. This article argues that States, as well as local administrations, shifted their attention from assuring citizens public transportation to building and maintaining infrastructures that allowed Italians to move around using their private motor vehicles. Yet, at the beginning of the period examined in this article, another debate prevailed, which concerned the coordination between rails and roads, between trains and trams on the one hand, and trucks and buses on the other. In the mid-1950s, after utilitarian cars reached the market and the Autostrada del Sole started to be built, transportation policies began promoting privatized forms of mobility. In just a few years, thousands of motor vehicles were distributed, which led to the building of even more roads and parking lots. Lanscapes and perceptions of public spaces changed as a result, as they were increasingly occupied by parked or moving cars.