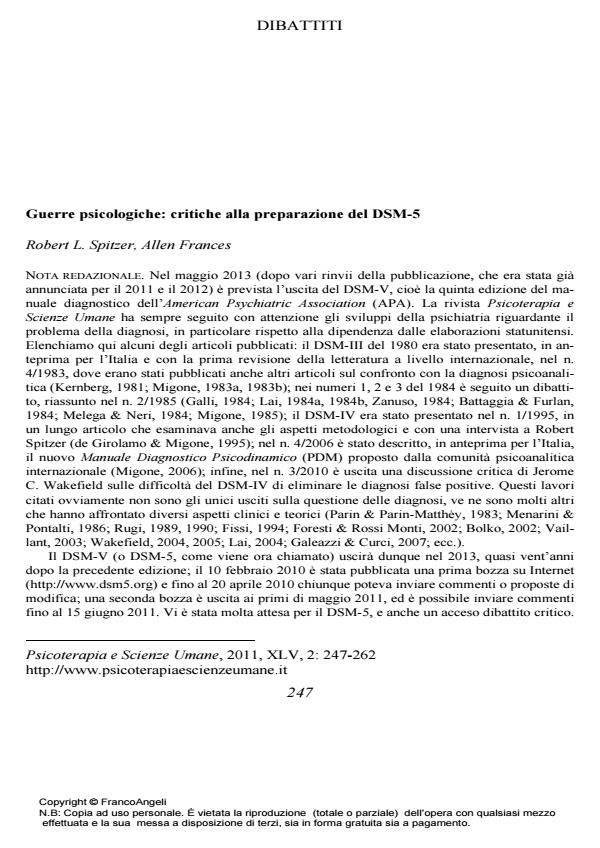 In two separate comments, Robert L. Spitzer (who was Head of the task force on DSM-III, of 1980) and Allen Frances (who was Head of the task force on DSM-IV, of 1994) strongly criticize the preparation of DSM-5, the fifth edition the American Psychiatric Association’s Diagnostic and Statistical Manual of Mental Disorders, scheduled for release in May 2013. Robert L. Spitzer ("Psychological Warfare: The DSM-5 Debate") recounts his experience in leading the DSM-III task force, and points out especially the lack of transparency in the DSM-5 process. Allen Frances ("Opening Pandora’s box: The 19 worst suggestions for DSM-5") discusses some problematic aspects of DSM-5 and lists several suggested diagnoses that are not adequately supported by empirical research and would inevitably increase the rate of false positive diagnoses and the use of potentially harmful medication (Allen Frances’ contribution is updated May 2011).