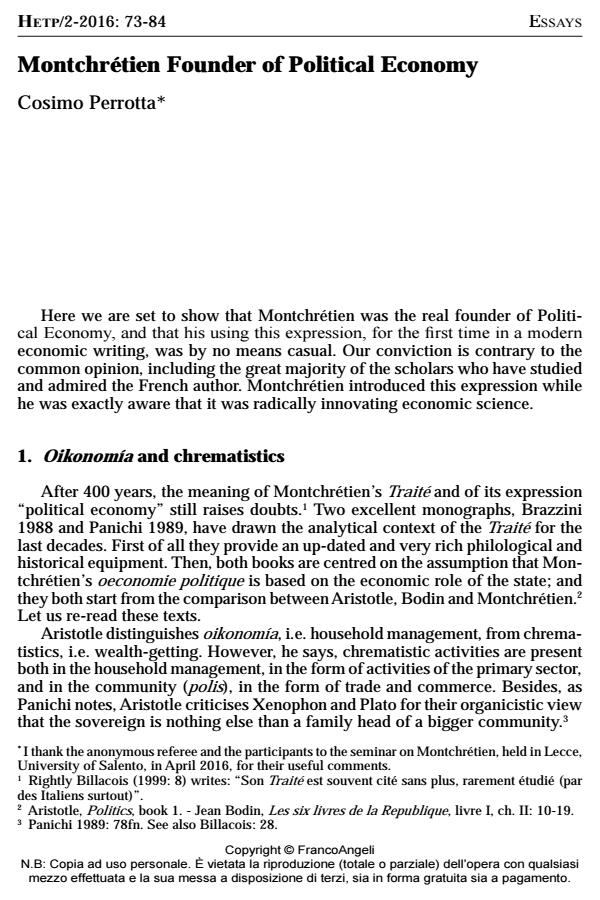 Montchrétien is still appreciated as a literate and author of tragedies, but is gravely neglected as an economist. His book - Traité de l’économie politique (1615) - is one of the most important expression of mercantilism. Like for the other mercantilists, Montchrétien’s main concern was development through the expansion on manufactures, the organisation of the poor for labour, the increase of exportations and a keen economic competition with the other states. Montchrétien enriches his arguments by drawing from his immense erudition about far and recent history, mythology and also a detailed and deep knowledge of the social and economic problems of his time. But his most important achievement was the foundation of modern political economy as different from ancient household economy. Contrary to the common conviction that the title of his book was just an unintentional chance, we are set to show that Montchrétien was perfectly aware of the main features of the new economic science: management of social wealth in the public interest, growth of social wealth and a general welfare as the main aim, balance between private and public interest. Private interest is the spring of enrichment; its protection is the source of individual rights and of liberty. Public interest must ensure equal rights, welfare and protection of the poor.