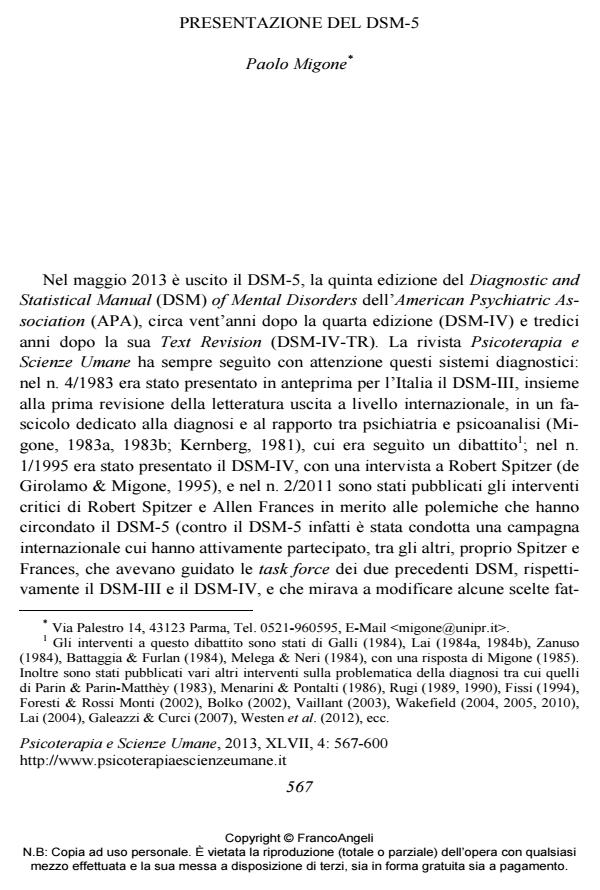 DSM-5, namely the Fifth Edition of the Diagnostic and Statistical Manual (DSM) of Mental Disorders of the American Psychiatric Association (APA) published in May 2013, is presented. After a discussion of five aspects of the DSMs ("atheoretical" approach, polithetic/monothetic, validity/reliability, and categorical/dimensional dichotomies, and multiaxial system - the latter abandoned in DSM-5), the critical debate that surrounded the DSM-5 process is described, and emphasized how lowered diagnostic thresholds might increase "false positive" diagnoses and use of medication. Also some critical comments made by Allen Frances (Chair of the DSM-IV Task Force) are reported. Finally, the DSM-5 structure is described, with some of its main innovations and a detailed illustration of the "Alternative DSM-5 model for personality disorders" which is included in Section III ("Emerging measures and models").