Since 1967, the Censis Foundation (Center for Social Studies and Policies) has been publishing its annual Report on Italy's social situation. Policymakers, businessmen and experts in economic and social policies make large use of its well-structured comments, data and interpretations. Censis's Report is definitely the most highly qualified text for self-appraisal on the part of Italian society.

The Report is traditionally comprised of different sections. First, an introductory essay ("General Considerations") which evaluates the main social issues concerning Italy during the year. Part 2 ("Italian society in the year 2004") contains a wealth of information which forms the basis of an in-depth analysis of the most relevant socioeconomic changes in view of identifying any regular phenomena. Part 3 ("Areas of Social Policy") probes ongoing processes in a variety of spheres such as education, welfare, work, territory and networks, the economy and the environment. Finally, Part 4 ("Means and Procedures") addresses two spheres such as public administration and communications which play a strategic role in view of social policies.

This book is an abridged version of Censis's 38th annual report for 2004 and is meant as an original tool for foreign observers to assess current trends in Italian society.


I. General considerations
II. Italian society in the year 2004
Crucial reactions to the economy's slowdown
(The service economy survives on cash; The consolidation of family assets; The middle class' concerned rush to invest in property; The idden demand for consumption; Advanced services blocked by a lack of trust)
Changing social models
(Village culture inside and outside the city; The decline of post-Fordism; The desire to "live differently"; Generation gaps; Workers and citizens, the stable presence of immigrants)
Undertone fears
(A lower perception of insecurity; The reassurance provided by physical contiguity; The unequal protection from unforeseeable events)
Disjointed political processes
(Leaders in search of a people and vice versa; Crises in regional leadership; Fortuitousness and iniquity in exercising public power)
III. Areas of social policy
Education and training
(The shift of educational choices towards licei between reforms and long-term driffts; Foreign students: new figures, new approaches; Stepping up corporate internationalization staring from educational needs; Innovation in the organization and management of Italian universities: from services to human resources; The challenge of Inter-professional Funds, from start-up to rollout; Italian research: how to catch up with, and outstrip, other countries)
The labor market
("Idling" labor; Women over 50: the problems of a new majority; The harmonious enterprise; The areas involved in the internationalizatio of the economic fabric; The new discountinuities of professional associations)
The welfare system
(The impact of local quality of life on healthcare; Food and wellbeing: an health-conscious choice with many ambiguities; The unavoidable challenge of long term care; Why universalist measures for fighting poverty are needed; The social value of regions; Pension: the current "quiet" approach and future risks)
Territory and Networks
(A comparison among European cities: Italy's peculiarities; Housing: a topical issue?; Housing scenarios: from domestic greenery to the environment-friendly home; Public-private collaboration in major urban projects; Towards an integrated policy for European mountains; The demand for provinces; Tourism and the local economy; Natural disasters and social risk culture)
Economic players in the development process
(Territory and leadership for a development economy; A new archetype for the production system; Consumption between confusion and possible recovery; Banks and the territory: a bond that needs to be reinforced; Efficient innovation in SMEs: the case of biotechnologies; The role of logostics in the inflationary process)
IV. Means and procedures
Communications and culture
(The tv audience is maturing; Tv as a shelter; Television information has a following; The satisfaction that comes from reading the newspaper in the morning; The Internet must change in order to grow; Mobile phones are coveted, purchased, but used in a limited way; Minors and tv)
Innovation
(Ten years of local telematics: assessing innovation; Beyond self-referencing: from telematics networks to dialogue with citizens; The technological "domus" of Italian households; Open-source software: an opportunity for developing the territory)
Security and law enforcement
(The paradoxes of security; Offences are on the rise, and they are not all related to predatory crime; Assistance to crime victims: how Italy responds to European appeals; The growth of the security market; EU enlargement not a cause of fear; Immigration in the South; Integration involves ensuring proper housing)
Appendix
Looking through figures
(Foreword; Tables)
Background
(Societal self-awareness: from great goals to the emergence of spontaneous processes; From the "submerged" to the "emerged" economy; The pride of stability; Difficult relations between society and institutions; Consolidation and the need for maturity; Beyond proliferation; From revolutionary euphoria to an endless, wearisome transition; Something is moving in the enduring static nature of Italy's atomized society)
Censis: an observer on the watch
(What is Censis?). 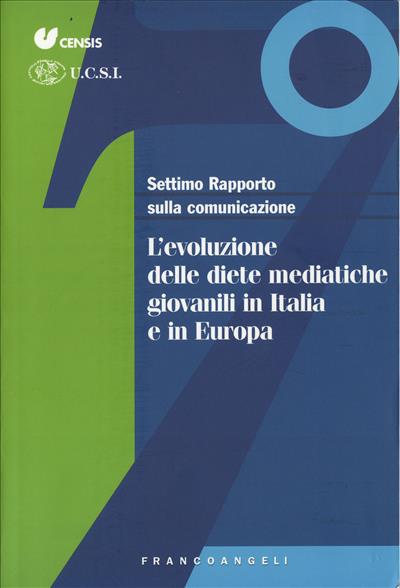 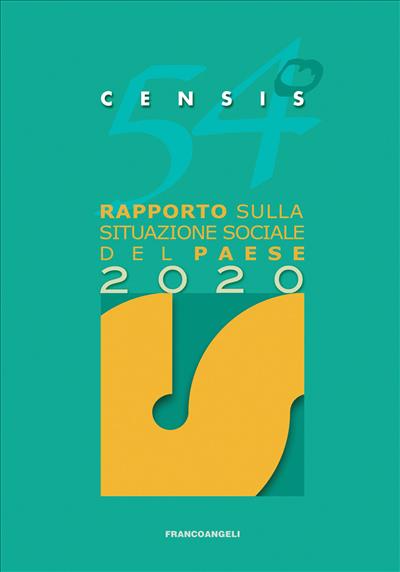 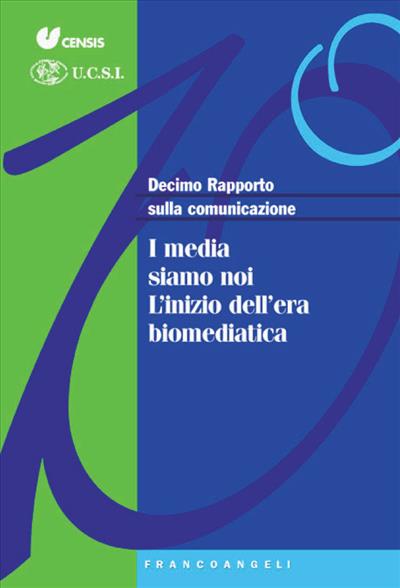 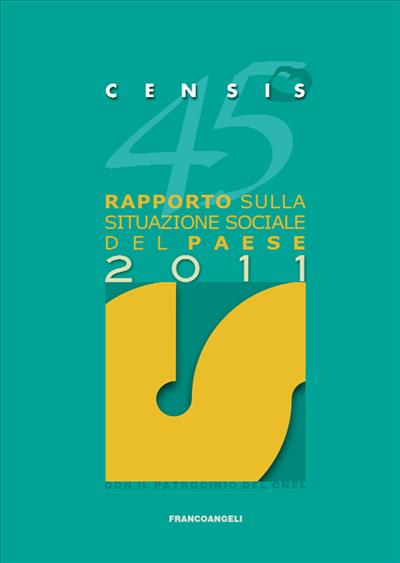